Peterborough reacts to the overturning of Roe v Wade

About 50 people gather on the steps of the Peterborough Town House Friday evening to protest the overturning of Roe v. Wade. Photos by Meghan Pierce 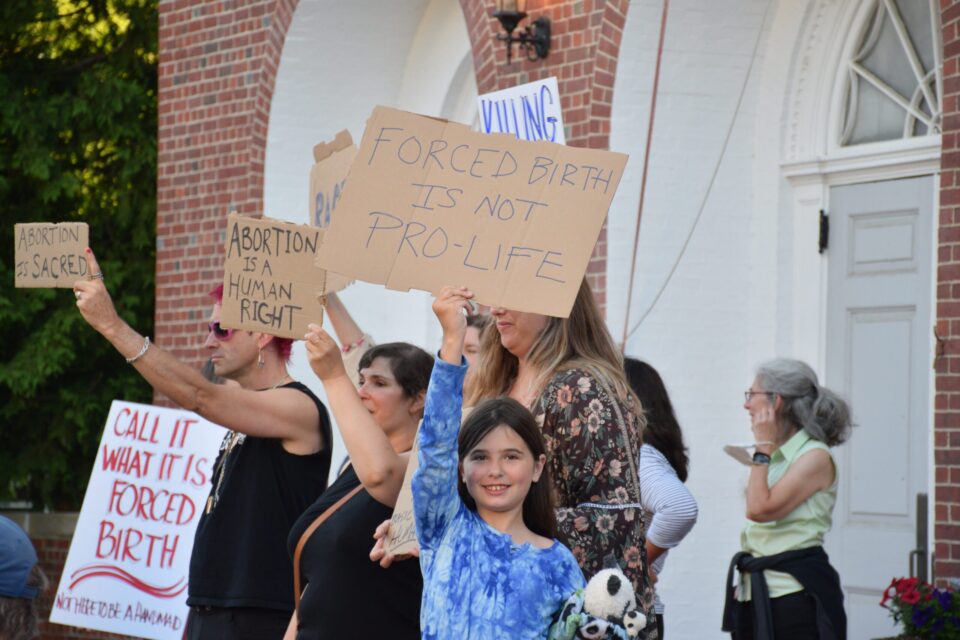 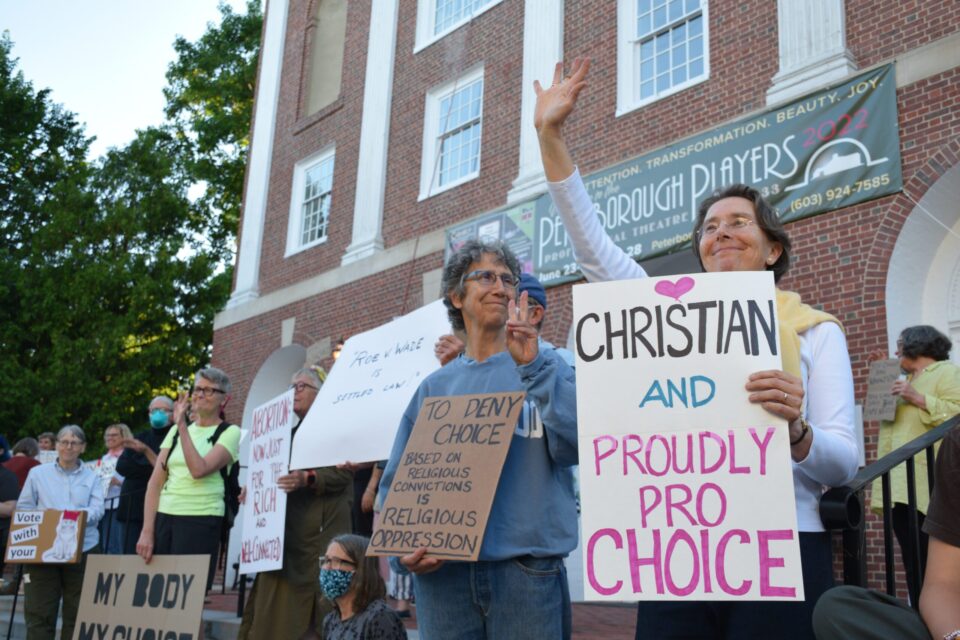 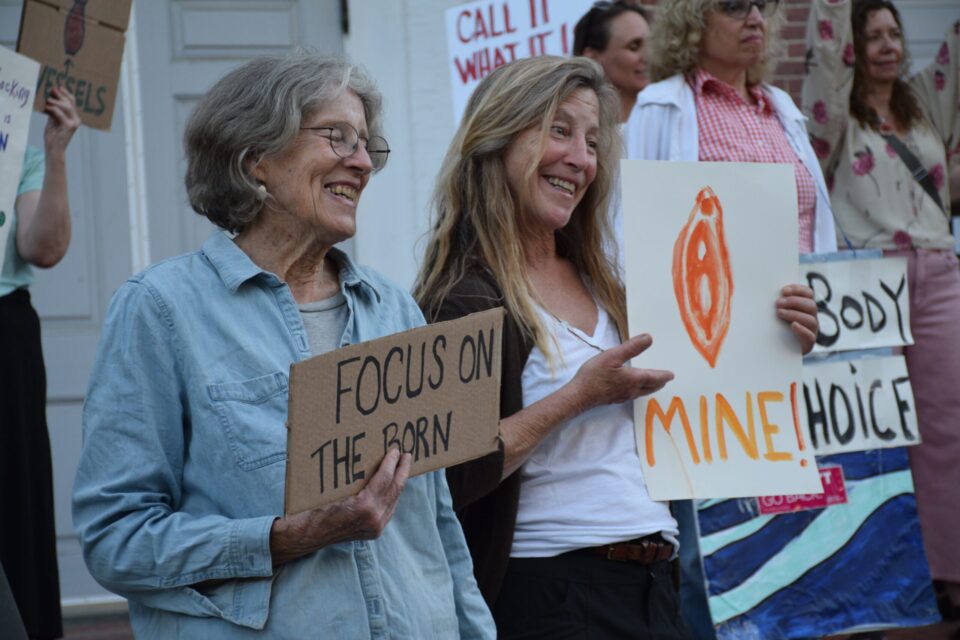 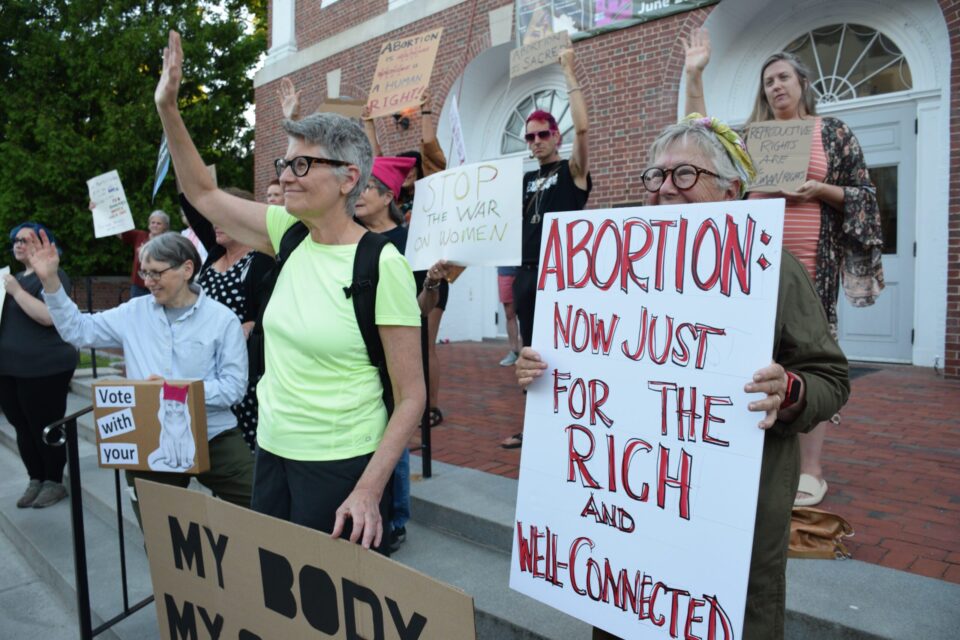 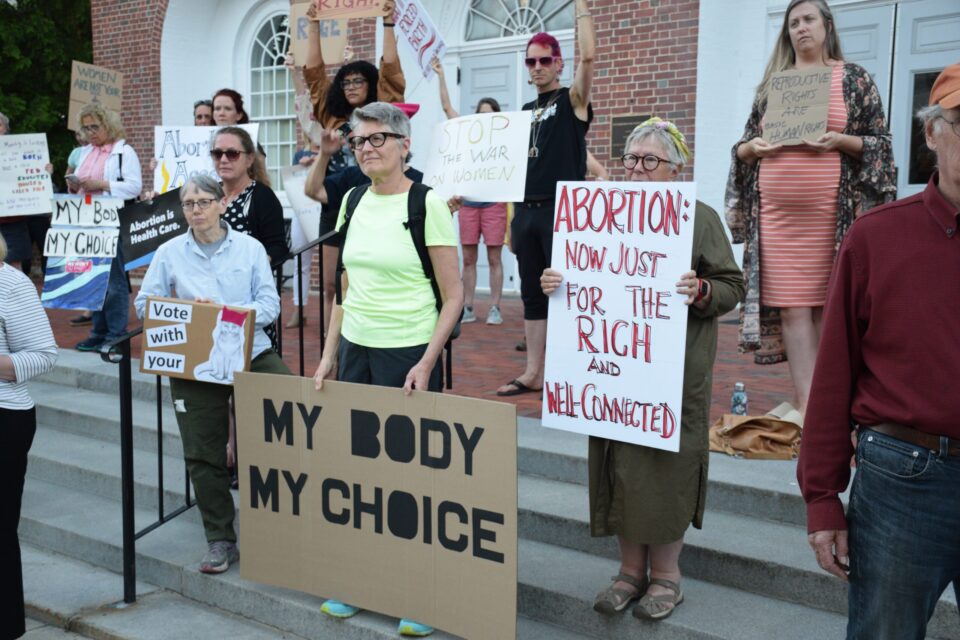 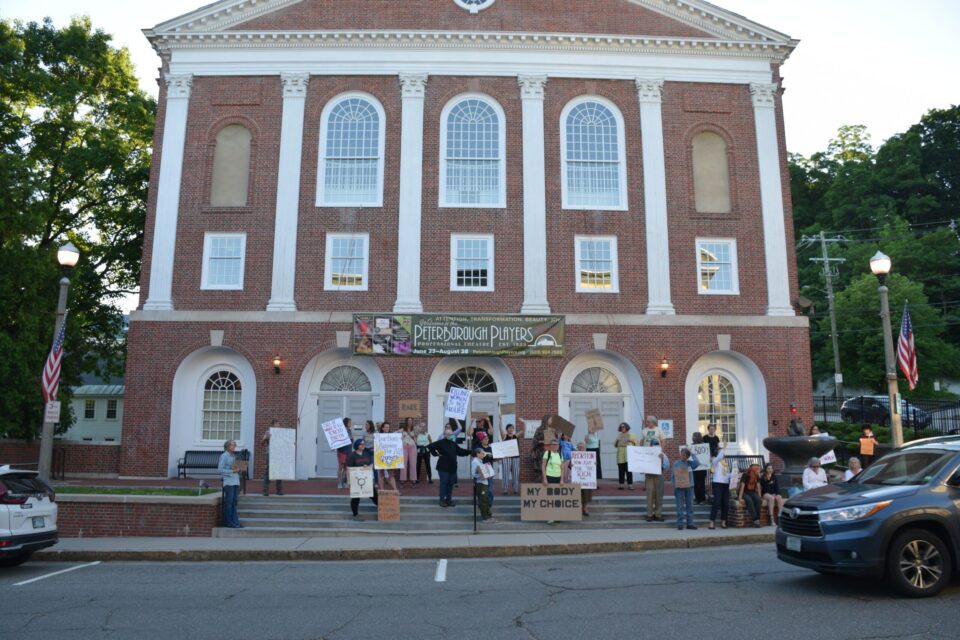 “We thought it was settled and apparently it’s not,” said Traceymay Kalvaitis of Dublin, who is a UCC minister in Dublin and Harrisville.

Holding up a sign the reads, “Christian and Proudly Pro-Choice,” Kalvaitis says she feel strongly about the overturning of Roe v Wade and has concerns, not for herself, but her daughters, ages 14 and 19.

New Hampshire currently has a state law that allows for abortion up to 24-weeks.

“I would like state and federal protection,” Kalvaitis said, adding, “But I’m concerned about people in other states,” many of which have trigger laws that will ban abortion upon the overturning of Roe v Wade.

Standing at the center of the crowd, State Rep Ivy Vann of Peterborough said she is appalled by the partisanship of the Supreme Court and the other decisions they are likely to go after next.

“And I think its appealing that with this decision dead bodies have more autonomy than live women. They can’t take your kidney after your death without your permission but they can make you stay pregnant against your will,” Vann said.

Vann added that many states are going to ban abortion altogether and New Hampshire could be one of them.

“New England is pretty safe except for us. I don’t have any confidence that New Hampshire will stay a place where abortion is available,” Vann said. 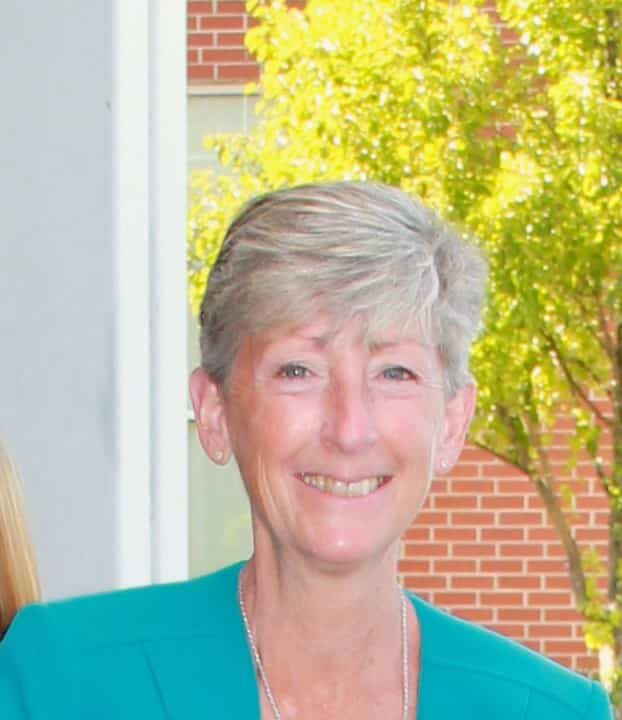 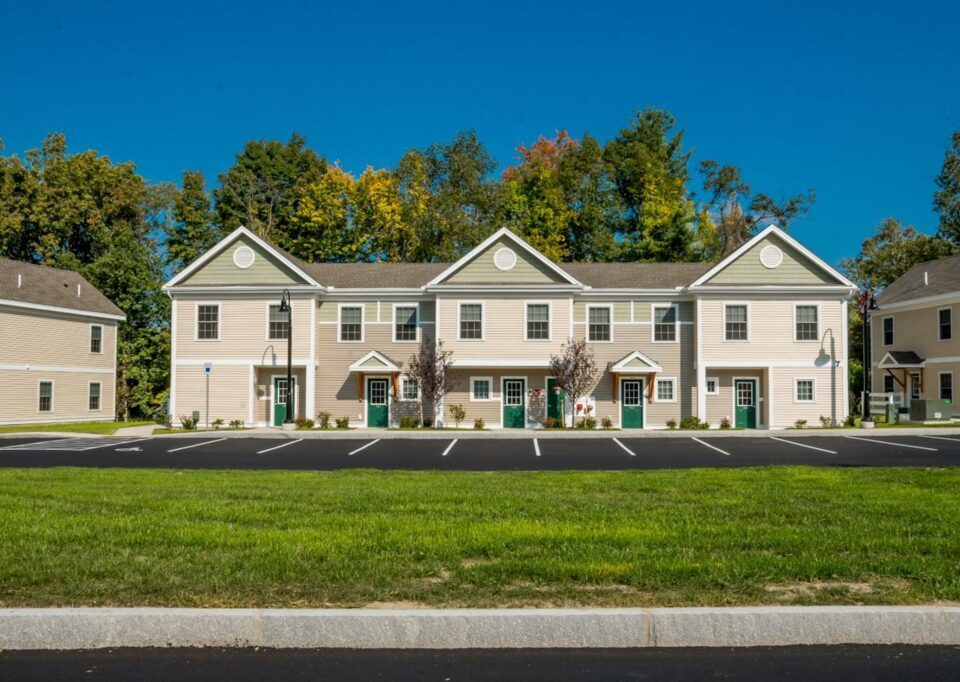